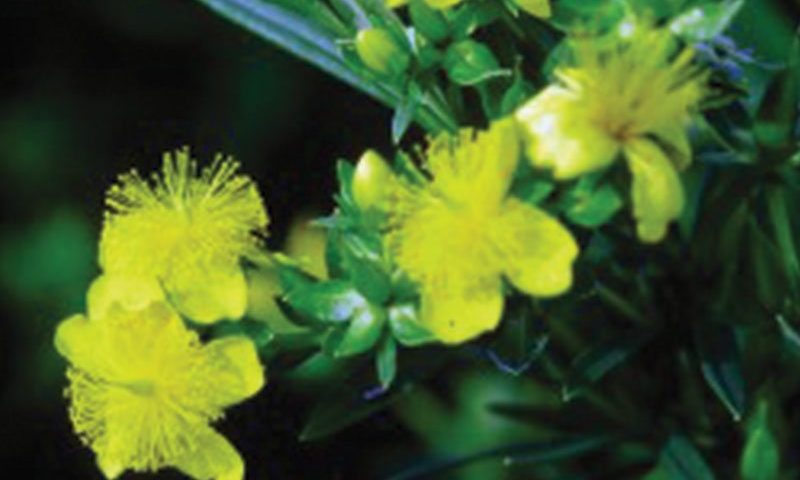 A hardy form selected at Iowa State University, Ames St. John’s Wort is a perfectly rounded shrub with masses of beautiful 1” golden yellow flowers that bloom in mid-summer. In winter, the exfoliating bark and varnished seed heads give a varied texture to any garden.

Ames St. John’s Wort can be used like its parent plant, St. John’s Wort, in masses or borders. It is more uniform and compact than the species, making it more ideal for areas where formal design is desired.

Like the species, Ames St. John’s Wort will attract a variety of pollinators and hummingbirds during the growing season. In winter, birds will flock to the seed heads for food.

Ames St. John’s Wort benefits from the Haircut Method of pruning during the dormant season to maintain its shape. In spring, you may shear off the seed heads before the new growth begins to flush.

Ames St. John’s Wort has no major insect or disease problems. As long as it has enough sun, the plant is happy. Occasionally the plant may develop leaf spots, but this is purely cosmetic.

Ames St. John’s Wort was developed by the Iowa State introduction program with superior winter hardiness than the species.

During winter, the varnished appearance of its seed heads and semi-evergreen habit provide an attractive point of interest. Older stems develop an exfoliating bark.

Ames St. John’s Wort is an excellent alternative to Potentilla if one is seeking a more uniform plant.