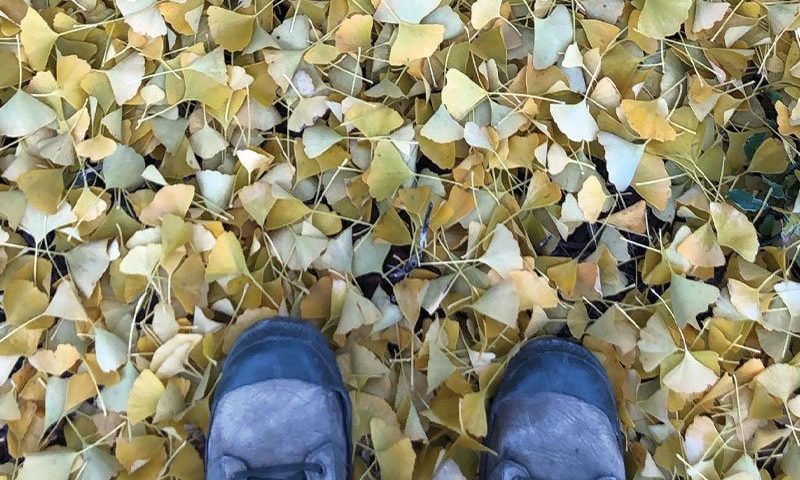 Ginkgo trees, Ginkgo biloba, also known as Maidenhair Trees, are a staple in any Asian or Zen garden and landscape. Although very slow-growing, they mature into large shade trees. You may be familiar with Ginkgo trees because of their fan-shaped leaves that turn a vibrant yellow in fall as the tree swiftly defoliates or from the common misconception about their smell. We're discussing the overall family characteristics, including some of the similarities and differences between the cultivars available, like Magyar Ginkgo, Autumn Gold™ Ginkgo, and Princeton Sentry® Ginkgo.

The genus name of Ginkgo is a mistranslation of the Japanese gin meaning "silver" and kyo meaning "apricot", dating back to the 17th century. A long-time symbol of longevity, the Ginkgo’s history is an astonishing one.

Ginkgo trees are known as living fossils, with leaf impressions dating back 270 million years!! It is also a readily available medicine throughout the world. It is often claimed that many species are resilient, but how many can say their species has survived the Atomic bomb dropped in Hiroshima? Roughly 170 Ginkgo biloba survived the blast in 1945. Read the story here. Talk about a living legend! A true symbol of longevity, this tree will most likely outlive generations to come. These trees can live for over 1,000 years, and when given the proper care you should expect yours to do the same. Ginkgo biloba is dioecious, which means it has individual female and male plants. This characteristic may be its success in outliving extinction. Learn more about Plant Sex.

Ginkgo trees are not native to Wisconsin or regionally native to the Midwest. Ginkgos have developed many effective defense mechanisms after surviving millions of years of predatory and environmental stressors. For example, the leaves produce an aldehyde that quickly repels insects when fed upon and can kill such insects and their larvae. Though some have evolved to tolerate these effects, Ginkgo is not their preferred food source. Male cultivars are typically available in the marketplace and are seedless; therefore, they do not produce seeds like their female counterparts. Aside from leaf food and nesting materials, they have little value to wildlife.

Ginkgo trees have a wide range of usage. Since they're very hardy: tolerant of a range of soils, salt tolerant, and deer resistant, they may be used for commercial and residential landscapes, specimen gardens, as street trees, or in urban settings. Factors for consideration in planting and siting Maidenhair trees are light availability and space for their mature size. You'll see below that one of the cultivars is more columnar; therefore, it's suitable for sites with less space, but the other two cultivars may mature to a width of 20-30 feet. As with all Ginkgo trees, they require full sun, but can tolerate partial shade.

Fruits/Seeds of female ginkgo, not present on male cultivars.

We mentioned the male/female relationship with seeds briefly above: "Male cultivars are typically available in the marketplace and are seedless." Females produce a fruit that is known to have an unpleasant smell, making it the nursery industry standard to sell only male cultivars. The fleshy seed coat contains acids that can cause skin irritation and gives the fruit its malodorous properties. Sexual maturity of Ginkgo trees occurs between 20 and 40 years old, making it difficult to sell a young, straight species of Ginkgo before knowing if it is male or female.

It is to be noted that while rare, sex conversion can occur on some branches of sexually mature plants. Male cultivars are typically grafted onto a rootstock, and records of sex conversion are few and far between.

In the fall, you may notice that Ginkgo leaves drop dramatically, all at once. Why is this? As colder weather comes, common deciduous trees like maples often lose their leaves over the course of a few weeks.

The process of a tree losing its leaves is a little more complex than you may think. The stems of the leaves on trees are called petioles. Petioles produce a layer of protective cells to protect trees from diseases that could enter as the leaves drop. This process typically takes place over a period of several weeks as temperature decreases. On a Ginkgo tree, the petioles form this layer of scar-like cells simultaneously and once a hard frost comes it triggers all leaves to drop at once, creating a lovely golden carpet around the base of your tree.

As they are pretty much the same tree across the board, the differences between Gingko cultivars are their mature spreads (widths). If you're unfamiliar with cultivars, watch our video Cultivar - What is it? 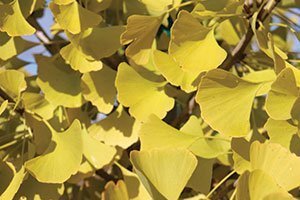 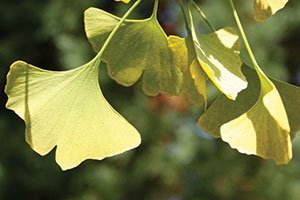 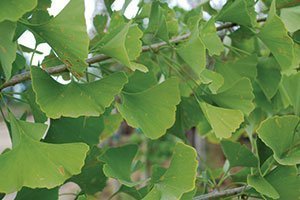 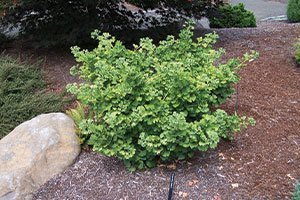