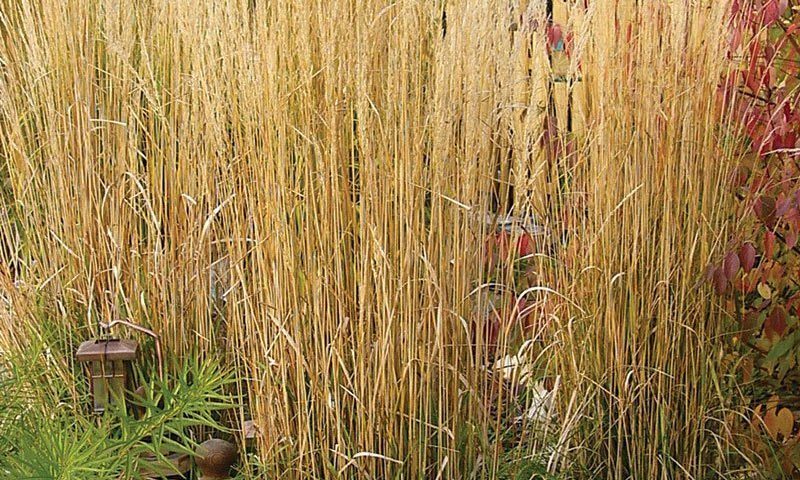 Karl Foerster Feather Reed Grass works well as a vertical accent where spreading is not desired. Use it as a border or median planting in sunny, dry sites. It tolerates the heavy clay soils of Southeast Wisconsin and performs well in most less-than-ideal sites.

Karl Foerster Feather Reed Grass may be used as a nesting and cover source for bird species.

As it does not self-seed, you may leave it up over winter for a vertical accent. In late winter or early spring, cut back the clump to 2-3 inches above the crown to give room for new growth.

There are no major disease or insect problems. In particularly wet periods, rusts can become an issue but this typically dissipates as moisture levels drop.

Karl Foerster Feather Reed Grass looks best when given adequate spacing, so be careful not to pack too many plants around it. When properly spaced, consider using Little Goldstar Black-Eyed Susan or Hairy Wild Petunia to give added color.