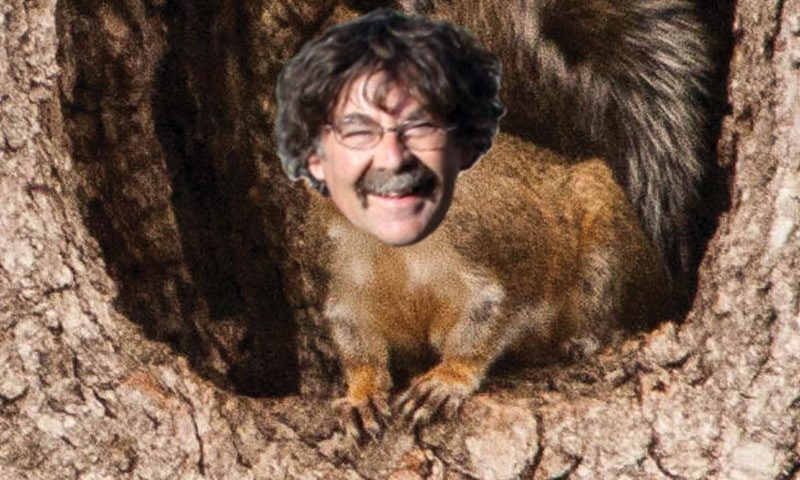 No group of trees symbolize strength and longevity more than Wisconsin's native oaks. They has been revered by people all over the world for thousands of years. The Druids would not meet for ritual without having an oak tree present. The masts of the sailing ships that brought the pilgrims from Europe were made of, Quercus robur, English Oak. Native Americans ground acorns into flour and used it as a main food source for their families.

For me personally, native oaks have been a significant part of my life. They have helped sustain me both economically and emotionally. I have grown hundreds of thousands of them over my 35 year career as a propagator-grower. I just love oaks. To be able to grow them is an honor to me. When I plant acorns I think about the possibility of my little ones living to be 100, 200, or maybe even 300 years old. It boggles my mind. Holy cow! What I do can really mean something!!! All of you oak planters out there should take pride, too. Your plantings are incredibly important.

We never know if one of our trees will become an icon like native oaks sometimes can. One such tree was, ‘The President’s Oak’, a 300+ year old Bur Oak which used to reside on the University of Wisconsin-Madison campus. Unfortunately, it had to be cut down recently. The news of its passing was covered by newspapers throughout the state. See its obituary at the University of Wisconsin-Madison News. 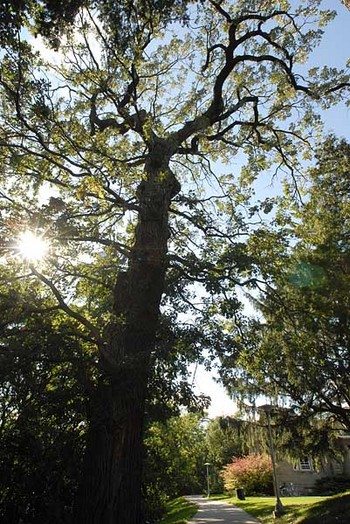 The President's Oak along the walking path on the top of Observatory Hill on the University of Wisconsin-Madison campus in 2006. Photo credit to Michael Forster Rothbart.

As a former student at UW-Madison, I remember this tree and the grand stories about it being shot at with cannonballs by civil war soldiers from Camp Randall as target practice. (Camp Randall is the current site of the football stadium, several miles from the site) This turned out to be a myth but a good story none–the-less. It certainly fed my young, student imagination. The tree was there before all the other human icons of the university established their reputations. The great conservationists John Muir and Aldo Leopold both studied nearby. The botanists John Curtis and Hugh Iltis had to be aware of the tree. Ed Hasselkus, the world famous Horticulturist, showed it to me. Is it just coincidence that this tree lived in the presence of such great plant people? I like to think that the mighty ‘President’s Oak’ had some influence on them.

Several years ago, I took scions (cuttings) off of the iconic tree as its health had begun to deteriorate. I was able to successfully graft them onto several seedling Bur Oaks, resulting in 3 new ‘President Oak’ trees. My wish, which will be granted in the upcoming year, is to have one of these trees planted on the campus so that the legend can continue even though the mother tree has passed away.

This story explains why I and many other people love oak trees so much. They have a way of connecting with people through their strength, durability, and majesty. In Wisconsin, we are blessed to have native Bur Oaks and several other fantastic Oaks species growing in our midst.

Following are the stories of Wisconsin's native oaks that we have grown at Johnson’s Nursery: